The notion of the "InfoJockey" or "information jockey (IJ)" occurred to Bernhard Harrer at the conceptual art exhibition "Das Blaue Leuchten" (The Blue Luminosity). Similar to a DJ (Disc Jockey) who makes the dance floor swing by his craftiness and inventive musical selections, the IJ stimulates a paradigm exchange through the transfer of interdisciplinary and unconventional information.

On the Datadiwan web pages, this idea takes the form of the "InfoJockey's Comment" to be found in the document headings. The role of the InfoJockey is:

In order to enable the Datadiwan's user/reader to judge the competence of a commentator, each comment is signed by the commentator's abbreviation:

Emails for Mr. Harrer should be directed to: harrer@datadiwan.de

Bernhard Heinrich Harrer was born in Austria in 1964. He studied architecture at Technical University Graz and meteorology at Free University Berlin. Additionally, he has received a certificate for a two-year course of study in social management. The focus of his work lies on the integration of scientific research and information management. His goal is to network knowledge about holistic science and medicine.

On the scientific level, Bernhard Harrer has been concentrating on various questions in the fields of frontier sciences since 1986, most especially focusing on holistic medicine and on the question of the existence of a specific "life energy". Some of the main points of his work have been concerned with:

As to Wilhelm Reich's orgone theory, from 1991-1994 Bernhard Harrer directed the research project "Orgone Biophysics - A Critical Approach to the Biophysical Work of Wilhelm Reich", at Free University Berlin (Benjamin Franklin University Hospital, Department of Natural Medicine, study group of Prof. Joachim Hornung). During this time he also was a member of the "Wilhelm Reich Society for the Study of Life-energetic Processes", Berlin (Wilhelm Reich Gesellschaft zur Erforschung lebensenergetischer Prozesse).

Furthermore, in 1993 Bernhard Harrer founded the "DATADIWAN", a network system and database for holistic medicine and frontier sciences.

From 1999 till 2005 he was member of the council/board of directors of The Scientific and Medical Network (SMN), an international network of more than 1700 scientists interested in holistic science and medicine.

On the artistic level, he has been involved in designing unconventional toys, has studied experimental theatre based on the style of the Teatro del Sole (Milan/Italy), and has collaborated on several videos, performances, and conceptual art productions. One of these productions, the E-Smog Archive, was in collaboration with the media artist, Pit Schultz (Botschaft e.V./ Berlin) and with the dancer and choreographer, Be van Vark.
The most recent projects include: (1993) the conceptual art exhibition "Das Blaue Leuchten - Wilhelm Reich, das Orgon und die Kunst" (The Blue Lumination - Wilhelm Reich, the Orgone, and the Arts); (1994) the performance "Gebrauchsanleitung für die Welt" (Manual for the World).
"The Blue Lumination" examined how the psychoanalyst Wilhelm Reich's work was inspired by art, and, on the other hand, how his work henceforth has inspired various artists.
"Manual for the World" deals with the fascination of "unified world formulas" (e.g., unified quantum field theories) and their relation to the vintage questions of "God and the world" and the meaning of life. 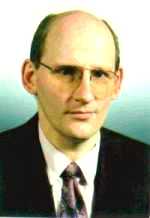 Norbert Moch was born 1960 in Hannover. Not married, no children.

I am member of: The Alternative Scientific Literature List = alternativen naturwissenschaftlichen Literaturliste

Born in 1952 to a German mother and Iraqi father, Mr. Achmed Khammas spent many years pendling between Berlin and Damascus, Syria. After completing his Arabic high school examinations in 1969, Achmed opened and managed the first record store in Damaskus. Additionally, he began an internship for rocket engineering at MBB/Hamburg. In 1971, Achmed had his first  neurological" experience. Until 1976, he worked as a scientific free-lancer for "Brennpunkt Systemtechnik", KONPLAN and TU-Transfer (all at the Technische Universität/Berlin). Achmed also worked on the project,   The Berlin Center for Futuristic Studies". At the same, he was the loudest vender for Berlins first city magazine, "HOBO" (later known as "Zitty").

Since 1975, Achmed has concentrated on the area of energetic fields, especially those for  Religion and Energy",  publishing on prophecies (in German), publishing on the prophesies, visions, and Exegese of the Koran, messianic obsessions, life goals: world salvation, deliverance with the title "The Rarities of Energies".

From 1977-1989, Achmed directed the engineering office of Dipl. Engineer M. Khammas (his father) in Damascus. In 1980 this office began studying and designing solar-thermal systems, including an information exchange (diverse publications and lectures) concerning environmental technology. Additionally, Achmed has worked as a translator (Arabic/German) for many institutions, including the German Foreign Office, BMZ (Bundesministerium für wirtschaftliche Zusammenarbeit: Federal Ministry for Economic Cooperation), GTZ (Gesellschaft für technische Zusammenarbeit: Organization for Technical Cooperation), and the KfW (Kreditanstalt für Wiederaufbau: Credit Institute for Reconstruction ). In 1978 Achmed was an offical translator at the German embassy in Damascus. In 1981, Achmed passed his state examinations for the translators license.

Supplementary to Achmeds official work, he organized four holographic exhibitions in Syria, conducted musical experiments with  Sufi-Rock", consulted for diverse institutions relating to ecological farming, including recultivating of desert land, instituting wind energy systems, and creating new irrigation routes. In 1986, together with a colleague from the engineering office in Dasmascus, a discovery was made which resulted in the optimization and patenting of a highly innovative aeordynamic structure, the "splitted blade", and since 1992, he has further developed a high-tech ventilation design for the rotorary blade. Through a cooperation between the Technical College in Wildau, the Technical University/Berlin, and a secondary educational center, the optimization of rotary blades for wind energy was completed. In 1996, various applications for additional grants were handed in, but have not yet been granted.

From 1989 to 1992, Achmed was Director of Sales for a development company for environmental technology, LAR (Laser and Analytical Research) in Berlin. A major project was the outfitting of modern laboratories of an East German drink water supplier. From 1990-1991, Achmed volunteered in the Arabic editorial office at Radio 100 in Berlin. Additionally, he works as a free-lance journalist. He also performed at the  2nd Electronic Art Syndrom" in Berlin. Beginning in 1992, he collaborated together with Mr. Pit Schulz (Botschaft e.V.) and Mr. Bernhard Harrer for the creation of an Electronic Smog Archive E-Smog-Archiv Berlin, in Berlin. This work was supported by the Kulturamt (Cultural Ministry) of Berlin-Mitte. Achmed was also one of the original founders of the DATENDIWAN e.V. From 1994-1996, he had his own section in the Compuserve Forum. In 1995, he participated in an off-shoot program of the Climate Summit (Klimagipfel) in Berlin, the Project Linden Tunnel -- a model entitled the "MessiasMachine".(together with the artist, Ben Wargin). From 1995-1996, Achmed worked as a Marketing Advisor for the HanfHaus GmbH (Hemp House) and organized in September 1996 the first hemp conference,  ERNTE 96" (HARVEST '96), under the auspices of the HanfGesellschaft e.V.

Since 1997, Achmed has worked as a free-lance networker and Infojockey at Patient Information for Complementary Medicine.

Achmed Khammas has two daughters from his first marriage, and a son from his new girlfiriend.

LITERARY TRANSLATIONS:
Zeitschrift für Kulturaustausch (1982); Rubrik 'Die TAZ berichtet in 10 Jahren' (Juni-September 1992). Additionally has published diverse articles for the publishing company Werner Pieper 'Die Grüne Kraft / MedienXperimente', Löhrbach., for example the book, 'Willkommen'. Since 1994, publications of various articles have appreared on the internet, for example the SciFi story "10 to the 23rd" about the famous "Crystal Skull" from South America.